Written by Sarah Lamb and from Overblog 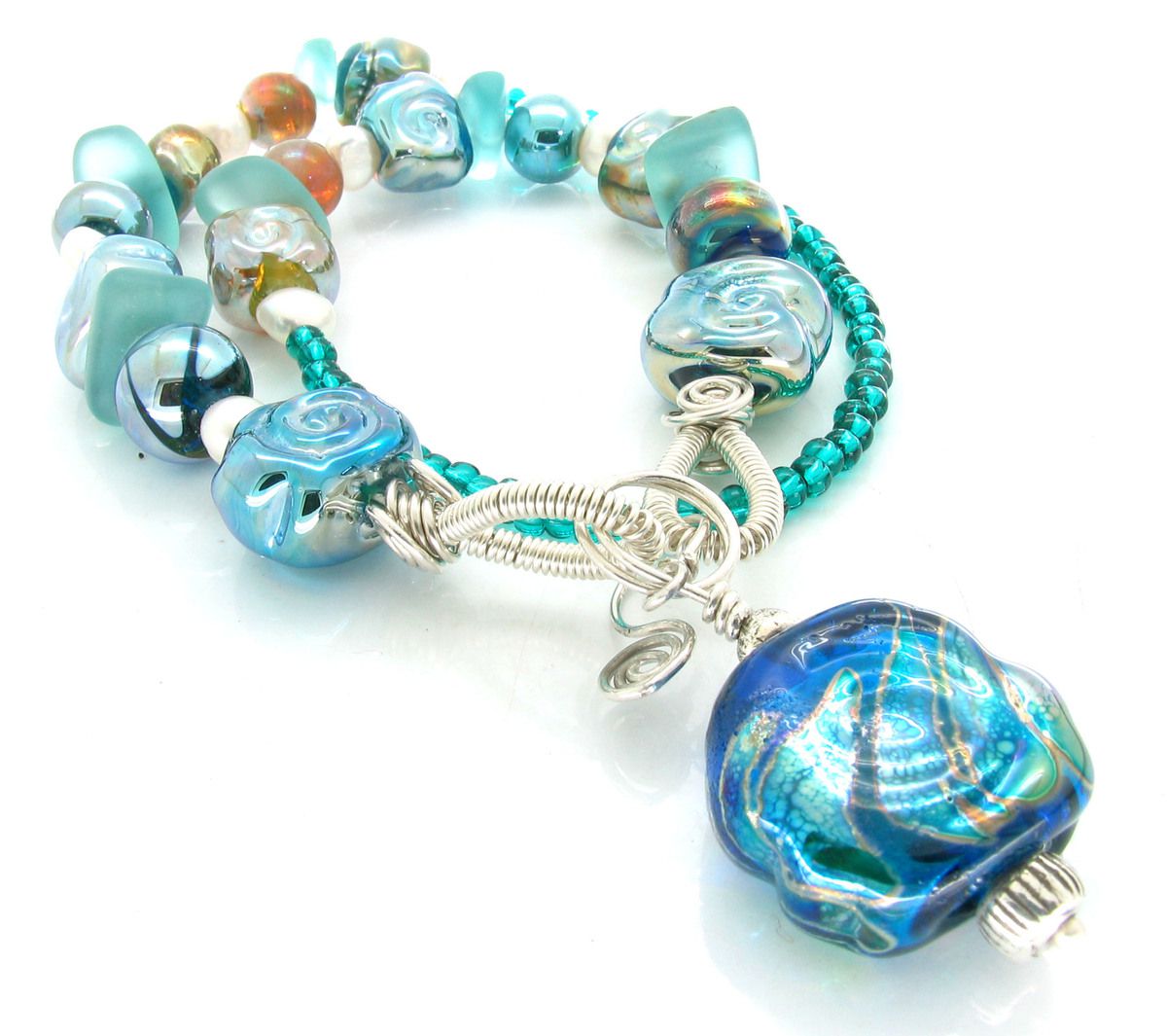 Recently asked why my work has a lot of blue in it..My first response was that I just like the colour.Thinking about it  blue is very striking in glass and early glass like Roman beads were often in blue due to use of copper which produced blue green colours which were cheap and easy to make unlike pinks which have golds.Blue goes well with silver and from enamelling point of view is fairly trouble free unlike reds and pinks.Bristol glass is a well known glass that is a very deep colbalt blue.Eygytian jewellery uses blue in form turquoise and lapis lazuli which represents the sea which was originally a strong influence in my work.

When I first started making glass beads I planned only to make blue or turquoise beads to copy stones like turquoise or lapis lazuli  shapes I wanted.However I soon found I was working in all colours and that certain colours compliment blue such as lime green,orange,fushia pink,yellow and purple.

I feel calm and centered with blue around and being cancer star sign: a water sign,yet again blue. 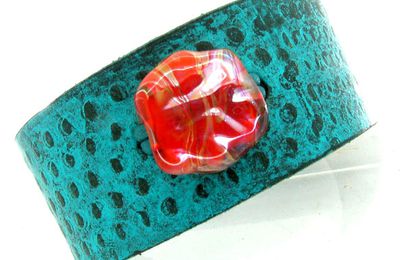 About processes and thoughts in making silver and glass jewellery See the profile of Sarah Lamb on the Overblog portal